Italy, the Emilia-Romagna Region, Imola and its Enzo e Dino Ferrari Racetrack hosted a once in a lifetime edition of the Road World Championships. The organizers, the institutions and all the players involved have written a memorable chapter in the history of cycling. A once in a lifetime experience which is narrated in the great […] 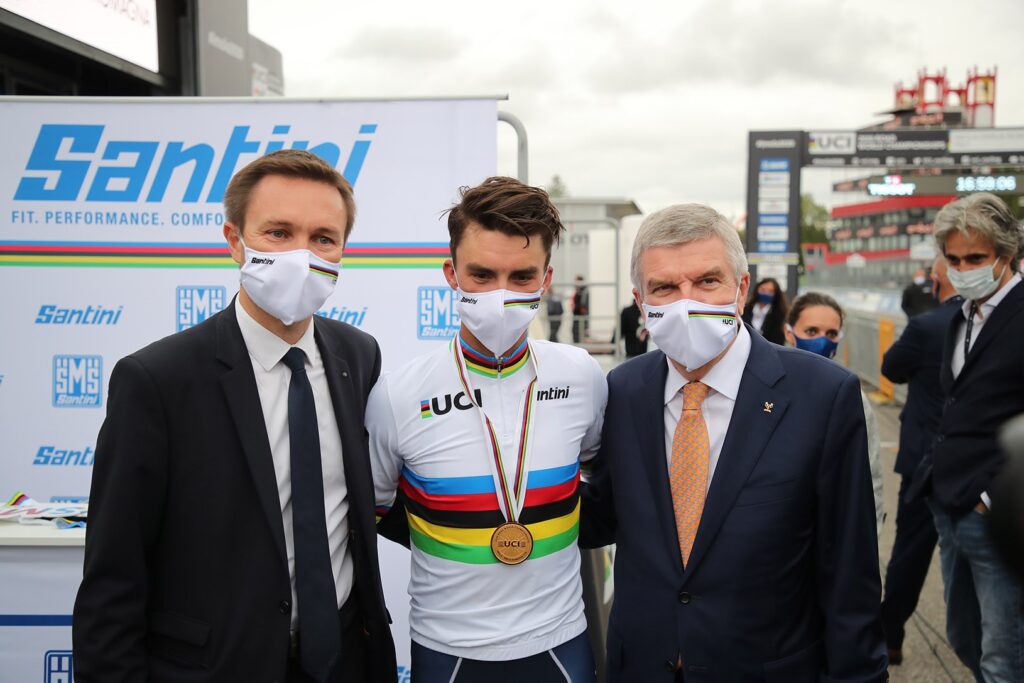 Italy made a new Olympic record: the organisation of the World Championships in record time. This is a miracle and demonstrates the efficiency of the sports system in Italy. Thomas Bach These are the best kudos the organisers of 2020 UCI Road World Championships Imola – Emilia-Romagna received from Thomas Bach, the International Olympic Committee. The top personality […] 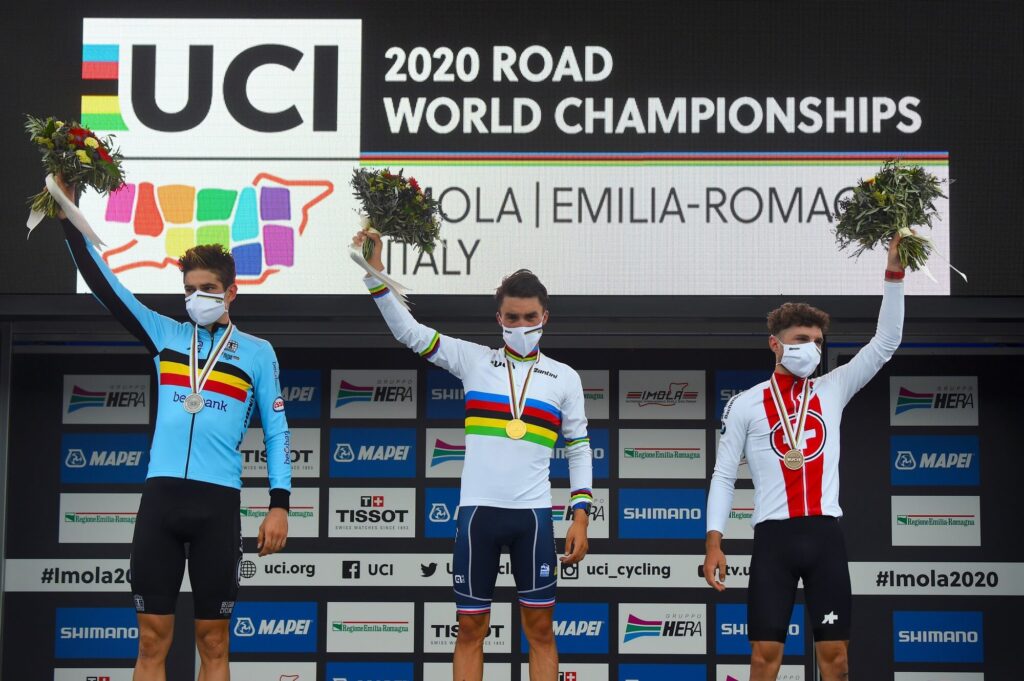 The French anthem fills the air at the Autodromo Enzo e Dino Ferrari in the final day of the UCI 2020 Road World Championships, Imola – Emilia-Romagna. The French Julian Alaphilippe claimed the rainbow jersey in the Men Elite road race. On the last ascent of the Cima Gallisterna, with less than 10 km to go, the 28 year-old rider from Saint-Amand-Montrond […] 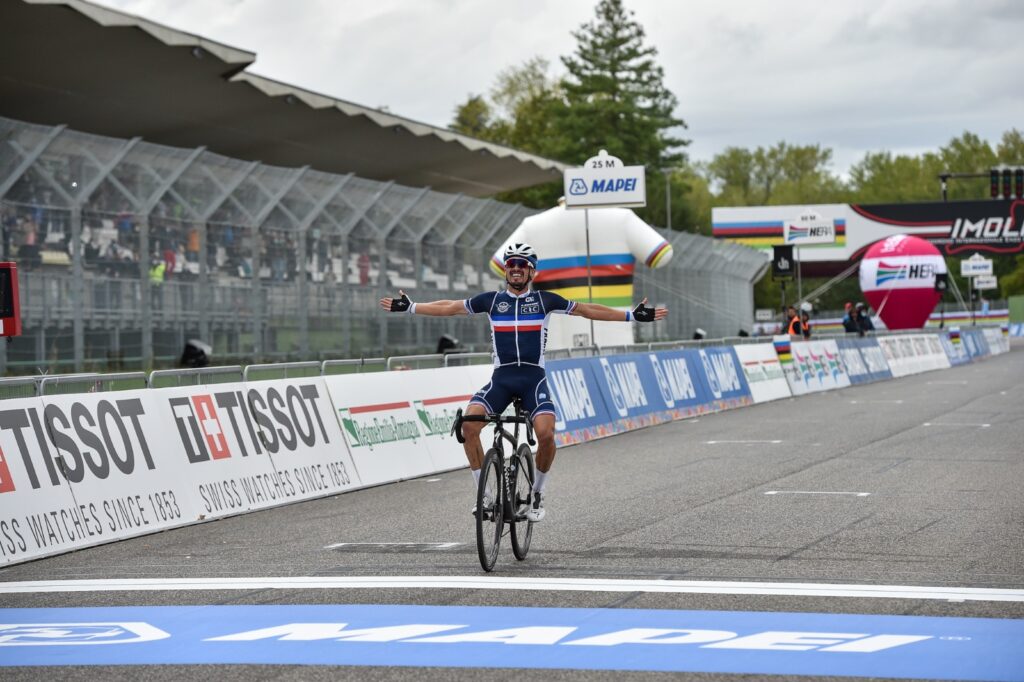 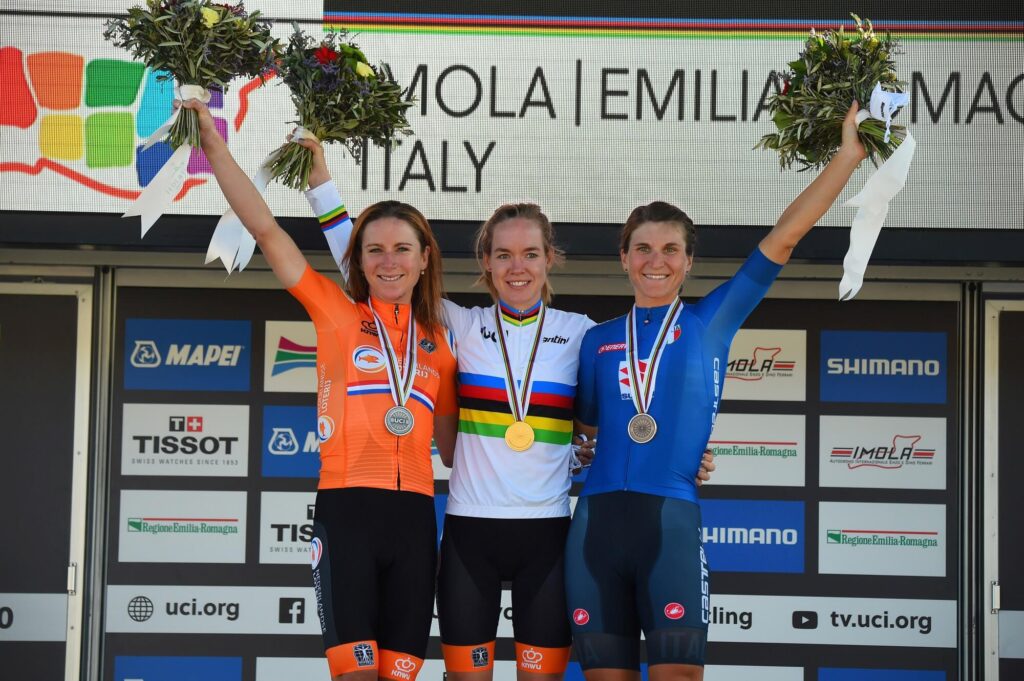 In three days Anna van der Breggen has claimed two rainbow jerseys. After winning the individual time trial at the 2020 UCI Road World Championships on Thursday, she raised her arms up to the sky at the Autodromo Enzo e Dino Ferrari in Imola dominating the Women Elite Road Race today. The 30-year-old Dutch, world […] 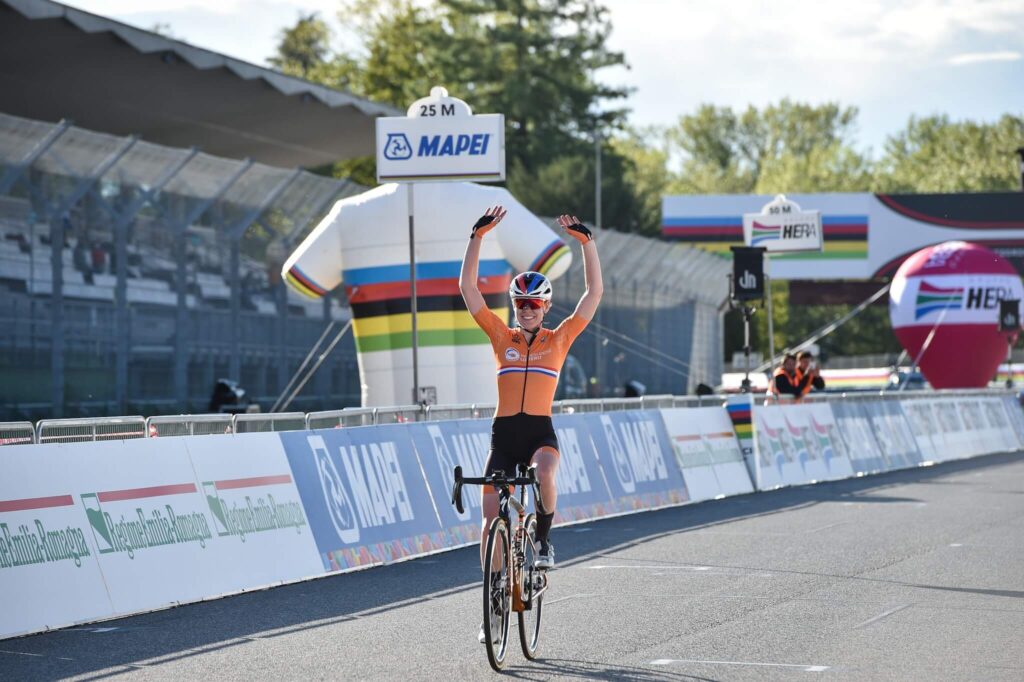 The Women Elite Road Race rainbow jersey at the 2020 UCI Road World Championships in Imola – Emilia Romagna is worn by Anna van der Breggen, who stood already on the top podium in the individual time trial on Thursday. The Dutch athlete claims also the Women Elite Road Race at the Worlds, having ridden solo from 41km remaining, […]

It’s not just cycling: also a great passion for engines runs along the Via Emilia 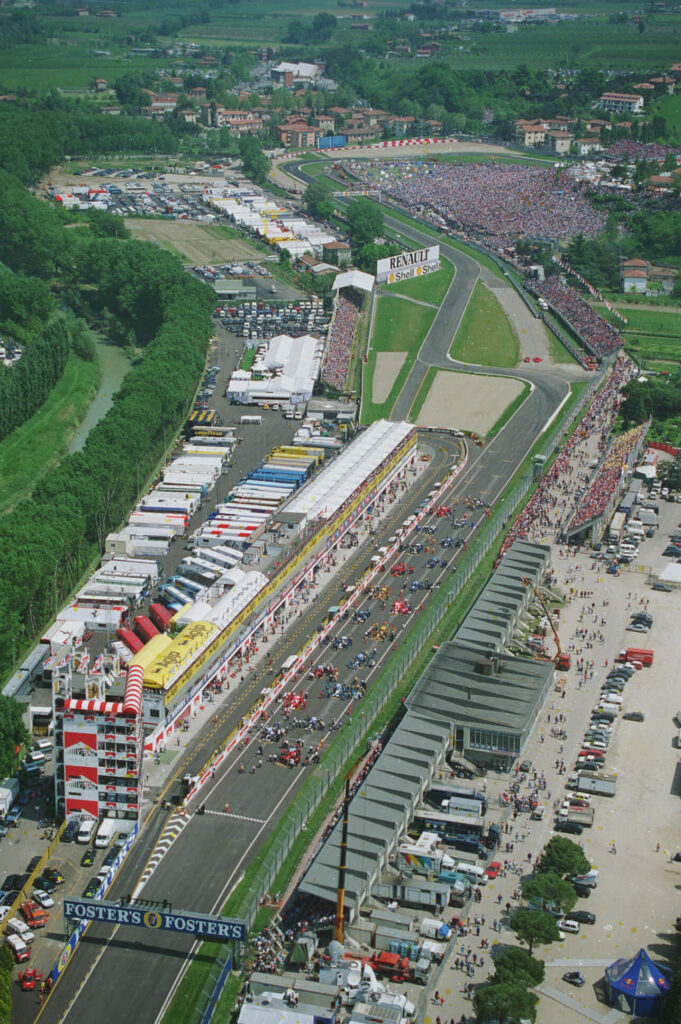 Motor Valley, a 16-billion euros worth industrial district, an instrument for tourist promotion of our territory With the 2020 UCI Road World Championships in Imola – Emilia-Romagna underway, a great tradition of a Region historically keen on the two-wheelers  finds its consecration once again. However, it’s along the Via Emilia that runs also a great […] 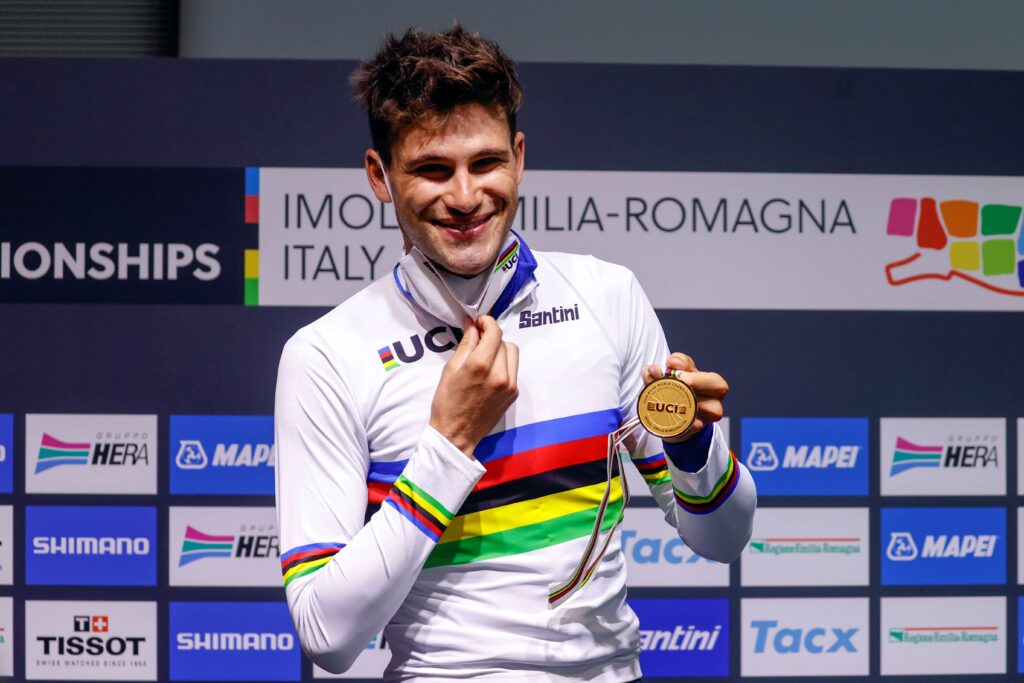 The Italian anthem filled the air at the 2020 UCI Road World Championships in Imola – Emilia Romagna: Filippo Ganna was crowned as the time trial world champion. It is an historic achievement, since no Italian athlete had ever suceeded in conquering the rainbow jersey in the race against the clock. The 24 year-old rider from Piedmont prevailed […] 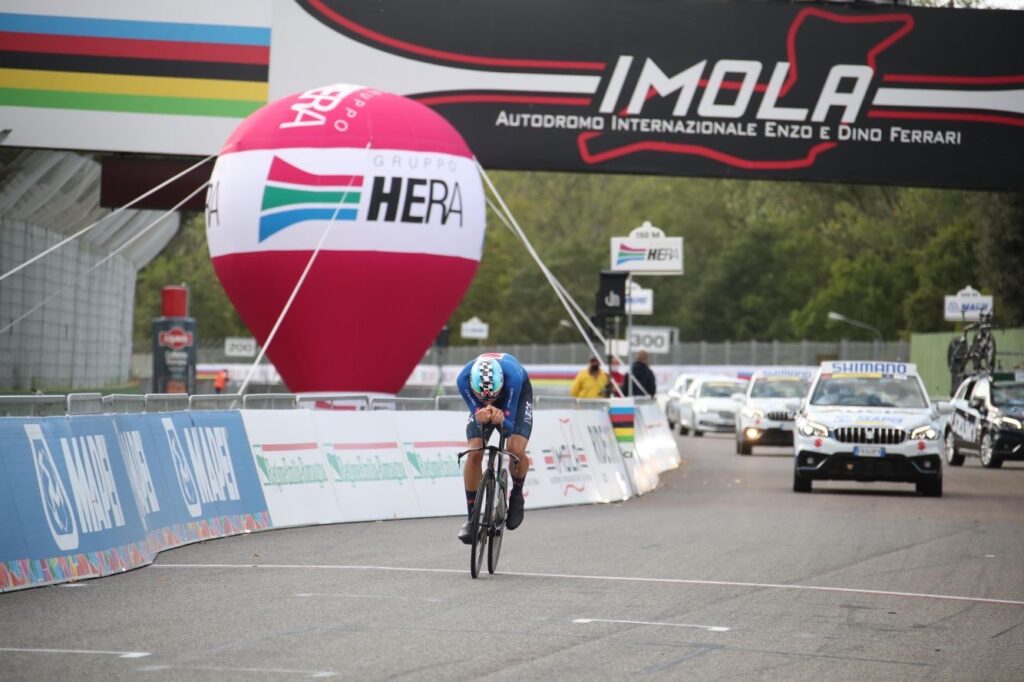 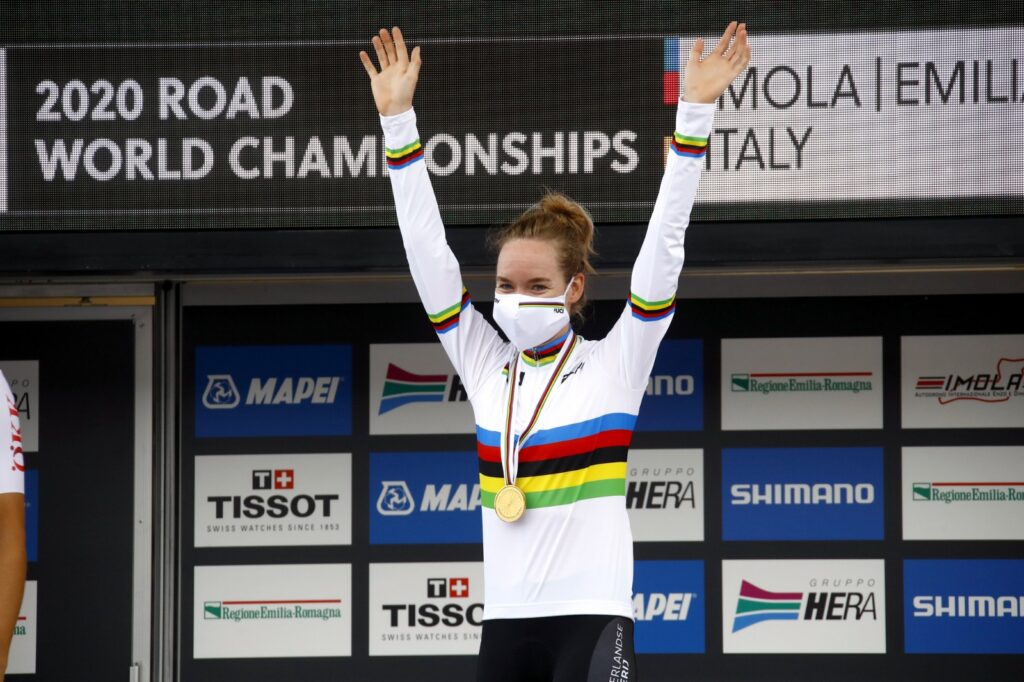 After the pink jersey, Anna van der Breggen wears the rainbow one. The Dutch flag waves on the first day of the 2020 UCI World Championship in Imola – Emilia Romagna. The 30-year-old fresh winner of the Women’s Giro d’Italia conquered the opening time trial of the world championships, covering the 31.7 km flat course […]