The Organizing Committee of the 2020 Road Cycling World Championships, Marco Selleri and Marco Pavarini, greet and thank all the people, institutions and companies involved in this fantastic event.

Regione Emilia-Romagna, the Italian Cycling Federation, the Imola Circuit, the Municipality of Imola and Con.Ami have conceived the candidacy and won this opportunity for the whole territory and, in just 20 days from the announcement of the assignment, we were able to create one of the most complex World Championships in recent history.

The President of the IOC, Thomas Bach, awarded this World Cup the Olympic Medal for the Organization: it is the medal for this territory and for all the people who have contributed to this historic enterprise.

Everyone be proud of it.

The Organizing Committee of the 2020 Road Cycling World Championships, Marco Selleri and Marco Pavarini, greet and thank all the people, institutions and companies involved in this fantastic event.

Regione Emilia-Romagna, the Italian Cycling Federation, the Imola Circuit, the Municipality of Imola and Con.Ami have conceived the candidacy and won this opportunity for the whole territory and, in just 20 days from the announcement of the assignment, we were able to create one of the most complex World Championships in recent history.

The President of the IOC, Thomas Bach, awarded this World Cup the Olympic Medal for the Organization: it is the medal for this territory and for all the people who have contributed to this historic enterprise.

Everyone be proud of it.

THE IMOLA RACETRACK IS AT THE HEART OF EVERYTHING

Imola, and its location right on the hyphen between Emilia and Romagna, was the hub of the 2020 World Cycling Championships.

The start and finish lines in Imola’s Enzo e Dino Ferrari racetrack, a state of the art facility that in 1968 saw Vittorio Adorni win the world championship with a 9’50” lead over the Belgian Herman Van Springer. To this day he still holds the record for the greatest gap between first and second finisher in a world championship. The racetrack is famous worldwide because just five weeks later it became part of the Formula 1 series.

Each lap of the course 28.8 km long with a 550-metre altitude gap which includes the Mazzolano (13% maximum gradient) and Cima Gallisterna (14% maximum gradient) climbs made the road races spectacular and demanding: just like any great classical race course that crowns world class champions. 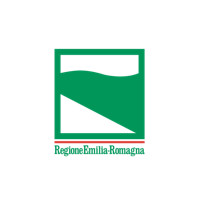 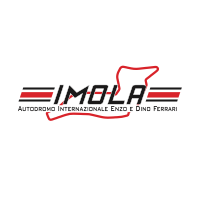 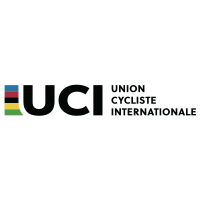 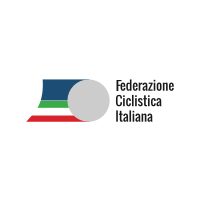 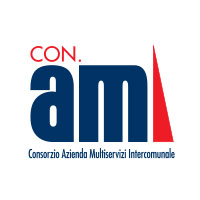 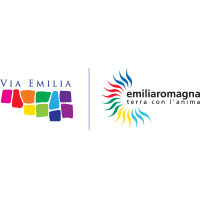 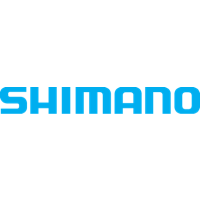 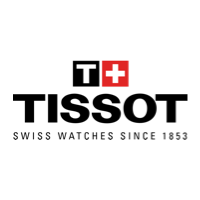 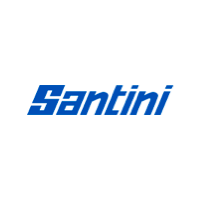 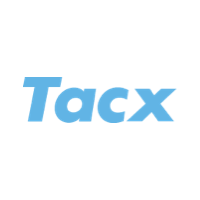 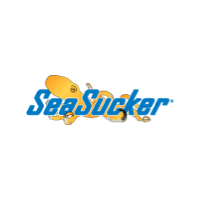 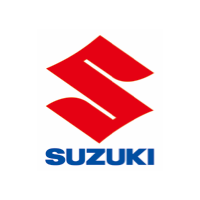 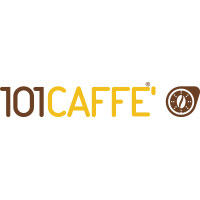 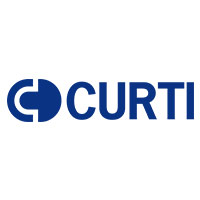 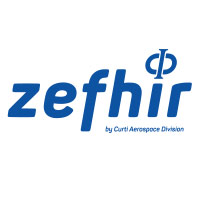 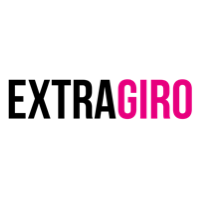 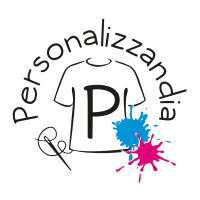 What is the “ Imola – Emilia-Romagna 2020 UCI Road World Championships”?

Imola and the Emilia-Romagna Region are hosting the Elite World Championships from the 24th to the 27th of September. Four races in four days to award the rainbow title in the men’s and women’s time trial and road race.

In this peculiar historical moment, after Aigle-Martigny’s cancellation of the event, the UCI has chosen Imola, Emilia-Romagna and Italy who has taken on the international challenge to organize the World Cycling Championships to bring together in a unique worldwide setting the enthusiasm of the people, of cycling fans and of the whole sports environment.

What is the race schedule?

The Elite Men and Women time trials will take place on the same 31.7 km course.

Where will the races be held?

Imola, and its location right on the hyphen between Emilia and Romagna, will be the hub of the 2020 World Road Cycling Championships. The start and finish lines will be in Imola’s Enzo e Dino Ferrari Racetrack, a state-of-the-art facility that in 1968 saw Vittorio Adorni win an historical rainbow jersey with a 9 minute 50 second lead over the Belgian Herman Van Springer. This is still the largest gap ever recorded at the UCI Worlds.

Will it be open to spectators?

Yes, it will be but you will have to purchase a ticket. There will be a limited number of tickets available in compliance with current laws.

Is it possible to purchase tickets?

Tickets will be on sale soon through authorized channels. More information will be available soon at www.imola-er2020.it.

Who can apply for an accreditation?

The website for press accreditation applications is active until 16 September 2020.

Accreditation applications will be assessed by the organization.

– Journalists and photographers (both printed and online) may register and submit their accreditation applications at:
https://uci.getyourevent.online/

How can I get to the race location?

Its strategic location in central-northern Italy makes the Enzo e Dino Ferrari Racetrack very easy to reach with any means of transportation.

BY TRAIN: The Imola train station is approximately 3.5 km. away from the Racetrack entrance.

BY CAR: Take the A14 highway to the “Imola” exit and the Racetrack is approximately 8 km. away.

Are there any affiliated hotels where I can stay?

What are the symptoms of a person with Covid-19?

The symptoms of COVID-19 may vary, depending on the severity of the disease, from the absence of symptoms (being asymptomatic) to fever, cough, sore throat, weakness, fatigue and muscle pain and in the most severe cases, pneumonia, acute respiratory distress syndrome, sepsis and septic shock, which potentially lead to death.

The most common symptoms of Covid-19 are:

How can I avoid infecting others?
Are some people more at risk than others?

Elderly people over the age of 70, such as high blood pressure, heart problems, diabetes, chronic respiratory diseases, cancer and immunodepressed patients (by congenital or acquired disease, transplanted or under treatment with immunosuppressive drugs) are more likely to develop serious forms of the disease.

What are the recommendations for people most at risk?

All elderly people, or people suffering from one or more chronic diseases or with congenital or acquired immunosuppression are recommended not to leave their home or residence, unless strictly necessary, and to avoid crowded places, where it is not possible to maintain a safe interpersonal distance of at least one meter.

When is a person contagious?

When can infected people transmit the virus?

According to current knowledge, virus transmission mainly occurs from symptomatic people, but it can also occur shortly before the onset of symptoms, in case of proximity with other people for prolonged periods of time. People who never show symptoms can transmit the virus, even if it is not yet clear to what extent this occurs: further studies are needed.

To help break the transmission chain, it is necessary to limit contact with COVID-19 positive people, wash your hands frequently and thoroughly and wear a mask when at least 1 meter of physical distance cannot be guaranteed.

A “close contact” (high risk exposure) of a probable or confirmed case is defined as:

Healthcare professionals, based on individual risk assessments, may believe that some people, regardless of the duration and setting of the contact, have had a high-risk exposure.

How to manage a close contact with a confirmed COVID-19 case?

Under the Ministerial Circulars and Orders, the local health authorities must place any close contacts of a probable or confirmed case under quarantine with active surveillance for 14 days.

Can the new Coronavirus infection be developed by a case that presents no symptoms (asymptomatic)?

Yes, infected people can transmit the virus, both when they show symptoms and when they are asymptomatic. That is why it is important that all sick people are identified through tests, isolated and, depending on the severity of their illness, receive medical treatment. Confirmed but asymptomatic people must also be isolated, to limit contact with others. These measures break the chain of the transmission of the virus.

That is why it is always important to stay at least 1 metre away from others, cover your mouth and nose with a bent elbow or handkerchief when coughing or sneezing, clean your hands regularly and stay at home in case of symptoms, or if requested by your GP or the prevention department. It is also important to wear a mask when physical distancing and other prevention and control measures cannot be applied.

What containment measures are planned in Italy?

The ordinance of the Minister of Health issued on August 12, 2020 envisages mandatory swab tests starting from August 13, for all travellers who have stayed or transited in Malta, Croatia, Spain and Greece, in the 14 days preceding their arrival in Italy.

In addition, it provides for a ban on entry into Italy for citizens who in the previous 14 days have stayed or transited in Colombia.

By effect of the ordinance of August 16, 2020, dancing activities which take place in discos and any other space open to the public are suspended, both outdoors and indoors,. It should be noted that the Ordinance does not regulate events of a private nature that are intended for specific individuals and chosen based on personal bonds, friendship, or kinship. As far as these events are concerned, as indiscriminate access by the public is not allowed, the restrictions laid down in the above-mentioned Ordinance do not apply. Therefore, marriages, confirmations and communions, for which there is no indiscriminate access by the public, are excluded from the scope of application of the above mentioned Ordinance, without prejudice, of course, to the provisions of the Decree of the President of the Council of Ministers of  August 7 2020, relating to the ban of assembly and hygiene measures provided for therein.

The Ordinance also provides, as a containment measure against the spread of the new coronavirus, the obligation from 18.00 to 06.00 on the entire national territory to use respiratory tract protection also outdoors, in all areas belonging to places and premises open to the public as well as in public spaces (squares, lay-byes, streets, promenades) whose physical characteristics may facilitate the formation of gatherings, of both spontaneous and/or occasional nature.